The Difference Between Composite and Amalgam Fillings 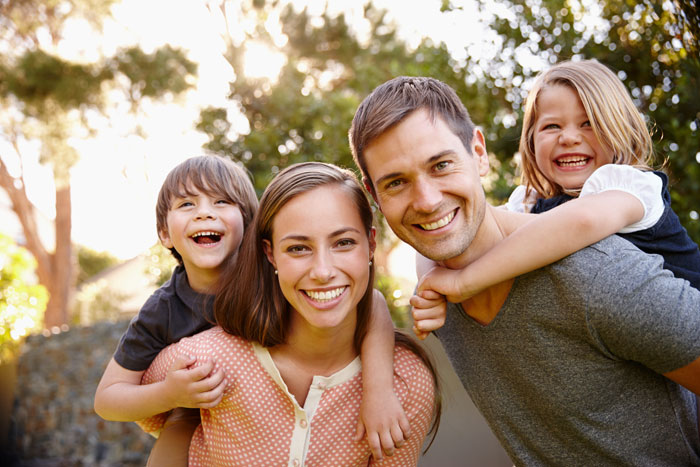 Tooth decay is the chief cause of chronic infectious disease among children in the U.S. and has been described as a silent epidemic. It’s also the most common cause of tooth loss in kids.

Baby teeth and adult teeth are both prone to developing cavities. Although baby teeth are temporary, it’s important to protect them. These teeth reserve space for the permanent adult teeth, which generally begin to appear from the age of six or seven.

Loss of a baby tooth too early through decay can cause emerging adult teeth to drift into the gap. This can make it difficult for other permanent teeth to grow in and result in crowding or crooked teeth. Infection from a decayed baby tooth can also spread to nearby permanent teeth.

The Centers for Disease Control and Prevention (CDC) say one in five youngsters aged five to 11 has tooth decay. Cavities are also common in children under four years old.

In most cases, treatment for cavities resulting from a breakdown of tooth enamel entails removing the decayed part of the tooth and replacing it with a filling. If your child develops a cavity, it’s important to get it filled as soon as possible to avoid further damage that could result in the need for extraction.

Once, all fillings were made from metal amalgam but advances in dental technology during the 1990s led to other options. One of the most commonly used of these are composite fillings. The chief difference between composite and amalgam fillings lies in the materials used.

Effectiveness of Amalgam and Composite Fillings

Dental amalgam is a mix of silver, mercury, tin, and copper. It has been used in the U.S. since the 1800s but has a far longer history. Chinese medical texts from the first century refer to an amalgam of tin, mercury, and silver.

The material in a composite filling is a blend of polymers and glass that, unlike amalgam, are hardened with a special blue light.

While there are several differences between composite and amalgam fillings, and both have their advantages and downsides, they have one thing in common: both are highly effective in ensuring teeth remain strong, healthy and functional for many years.

Pros and Cons of Amalgam Fillings

Amalgam fillings – also known as silver fillings – have more give than composite material. This means they can last longer if you have a strong bite or tend to grind your teeth.

The main single component of amalgam is mercury, which is unique in its ability to bind together the other metals to create a solid filling.

When liquid mercury is added to powdered silver, tin, and copper particles, it forms a putty-like substance to fill a cavity and rapidly hardens. The dentist then shapes the filling so it’s level with the chewing surface of the tooth.

Although some health concerns have been raised about mercury in dental amalgam, the Food and Drug Administration (FDA) and the American Dental Association (ADA) say the small amount of mercury used is safe for patients when properly administered.

If your child has amalgam fillings, they will be less costly than their composite counterparts are far easier for the dentist to work with. Amalgam fillings are also more robust, which makes them a good option for back teeth, which have to do the job of grinding down food.

One disadvantage of amalgam is that healthy parts of a tooth often need to be removed to create enough room to hold the filling. Another drawback of dental amalgam is its conspicuous silver appearance, but this isn’t much of an issue with back teeth, where fillings are less visible.

Pros and Cons of Composite Fillings

Composite fillings – also called white fillings because of their tooth-colored properties – are made from plastic polymers and glass.

Once the cavity has been opened up, an acidic gel is used to etch the exposed surfaces to aid adhesion. After rinsing off this conditioner, the dentist applies a bonding agent, which is hardened – cured – with a blue light.

The main advantage of a composite filling is a cosmetic one – unlike amalgam, it can’t be distinguished from the surface of the tooth. Composite can also be used to change the shape and size of teeth to improve your youngster’s smile.

On the down side, composite fillings are more expensive – they can cost twice as much as amalgam fillings. They may also not last as long as amalgam and may not be suitable for large fillings.

Your child will also have to spend more time in the dental chair for a composite filling – up to 20 minutes longer than an amalgam filling.

Lessening the Risk of Tooth Decay in Your Child

An experienced pediatric dentist will be able to tell you whether an amalgam filling or composite filling is most suitable for your child.

They can also advise you on preventative dental care – such as fluoride treatments, dental sealants, and sports mouthguards – to lessen the risk of your child getting cavities in the future.

Dental professionals recommend that parents take their infant for their first dental exam soon after the first tooth appears or by the age of 12 months. Afterward, it’s important to schedule check-ups every six months for your child so the dentist can assess the risk of cavities.

As part of the battle against childhood tooth decay, it’s essential to start good oral hygiene habits early. Teach your child how to brush their teeth properly – at least twice a day – and to floss regularly. It’s also a good idea to limit their consumption of sugary foods and drinks, which can erode tooth enamel.

DentalROI provides relevant dental content to help providers educate patients. The statements, services, and products referenced in this article have not been evaluated by the Food and Drug Administration, and they are not intended as a substitute for professional medical advice, diagnosis, or treatment. Always seek the advice of your dental provider with any questions or issues you may have. Specific recommendations may vary in different circumstances, so individual consultation is important.